How Talking About Suicide Can Give People Something to Live For 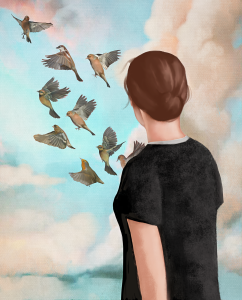 “To realize that somebody else has known that dark place is the only thing that made me feel less alone.”

The only people who really understand what it feels like to want to end their lives are those who have been there.

That’s the basis of survivor peer-support groups, in which people who have experience with suicide come together to talk.

“To realize that somebody else has known that dark place is the only thing that made me feel less alone,” says Devon Shearer, a former group facilitator at the Didi Hirsch Survivors of Suicide Attempt Support Group in Los Angeles.

Talking about the tough stuff may be exactly what suicide survivors need.

“The group is where people can share things they can’t bring up with other folks in their lives,” says Caroline Mazel-Carlton, director of training for the Western Massachusetts Recovery Learning Community and a peer facilitator for Alternatives to Suicide groups. (Continue Reading…)

NOTE from the RLC:

“On December 11th, O Magazine (the Oprah magazine) published an article called “How Talking About Suicide Can Give People Something to Live for”.

The article focuses primarily on peer-to-peer supports and groups run by and for individuals who have considered or attempted suicide. We are proud to share that the Western Mass RLC’s Director of Training, Caroline Mazel-Carlton, was interviewed for and included in the article. This is based on the fact that the RLC is responsible for creating one of the first ever models for peer-to-peer support groups related to suicide, called ‘Alternatives to Suicide’. These groups have been offered by the Western Mass RLC since 2008. The RLC has also developed an adapted ‘Alternatives to Suicide’ approach for clinicians, family, and others, as well.

Unfortunately, the article takes some of what Caroline has to say out of context, indicating that perhaps people in the group don’t actually go as deep as to talk about killing themselves. However, in reality, what Caroline was saying is that—when given the space to talk about what is truly driving people to consider leaving this planet– there are often many other things underlying that drive that they want and need to talk about, and the groups serve as a space in which they can do that.

In spite of any thing the article got wrong, it seems important that more and more mainstream media outlets are recognizing the importance of peer support in supporting people through some of their darkest times!”